SwiftUIIcon is a library that provides scripts and preview helpers for drawing and generating your iOS, iPad OS, and macOS app icons in SwiftUI using shape and path drawing primitives.

By defining your app's icon in code, SwiftUIcon can generate all image sizes you need, show you real-time previews of your icon changes and can even allow you to integrate your icon right into your app's view hierarchy. 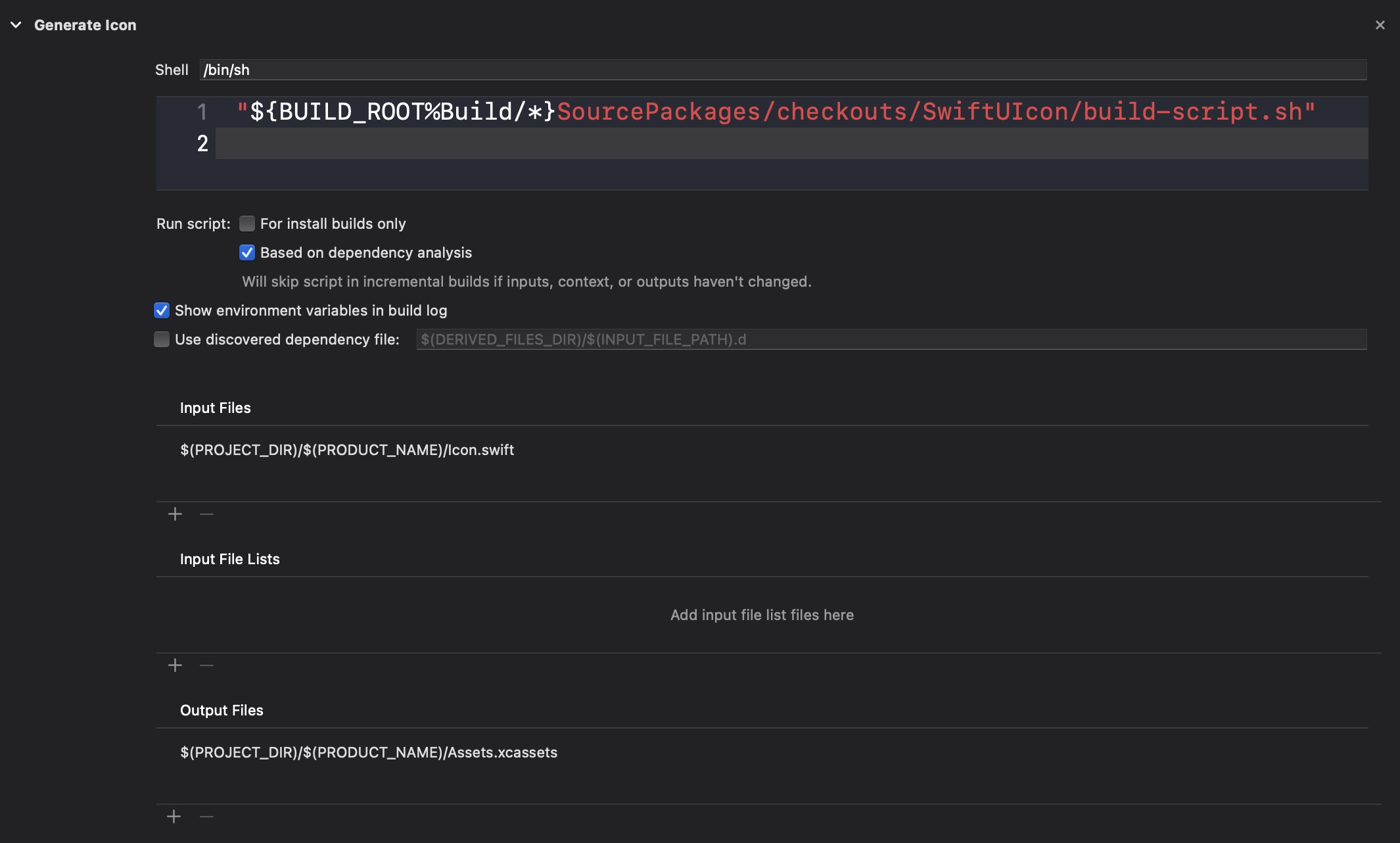 You can now edit the contents of the IconStack wrapper helper view inside of Icon.swift and add any shapes, paths or colors you want to build your icon. See Apple's SwiftUI Drawing Tutorial for more info on drawing using SwiftUI.

The IconStack is essentially a ZStack with a .center alignment that provides a CanvasProxy value to relatively position elements based on an assumed 1024x1024 canvas size. This is helpful because the Icon is rendered individually at all the required icon sizes, so anything that has a fixed size will not scale properly. Any place where you would normally have a hard-coded number like 42, you should instead use canvas[42]. You can also scale fonts and other elements manually using the CanvasProxy.scale property. As an example, Text("Testing").font(Font.system(size: 200 * canvas.scale)) should get you a properly scaled Text element.