In order to develop our components in an isolated way, we have structured them so they can be used independently of each other. Run the Demo project for a list of all our components. 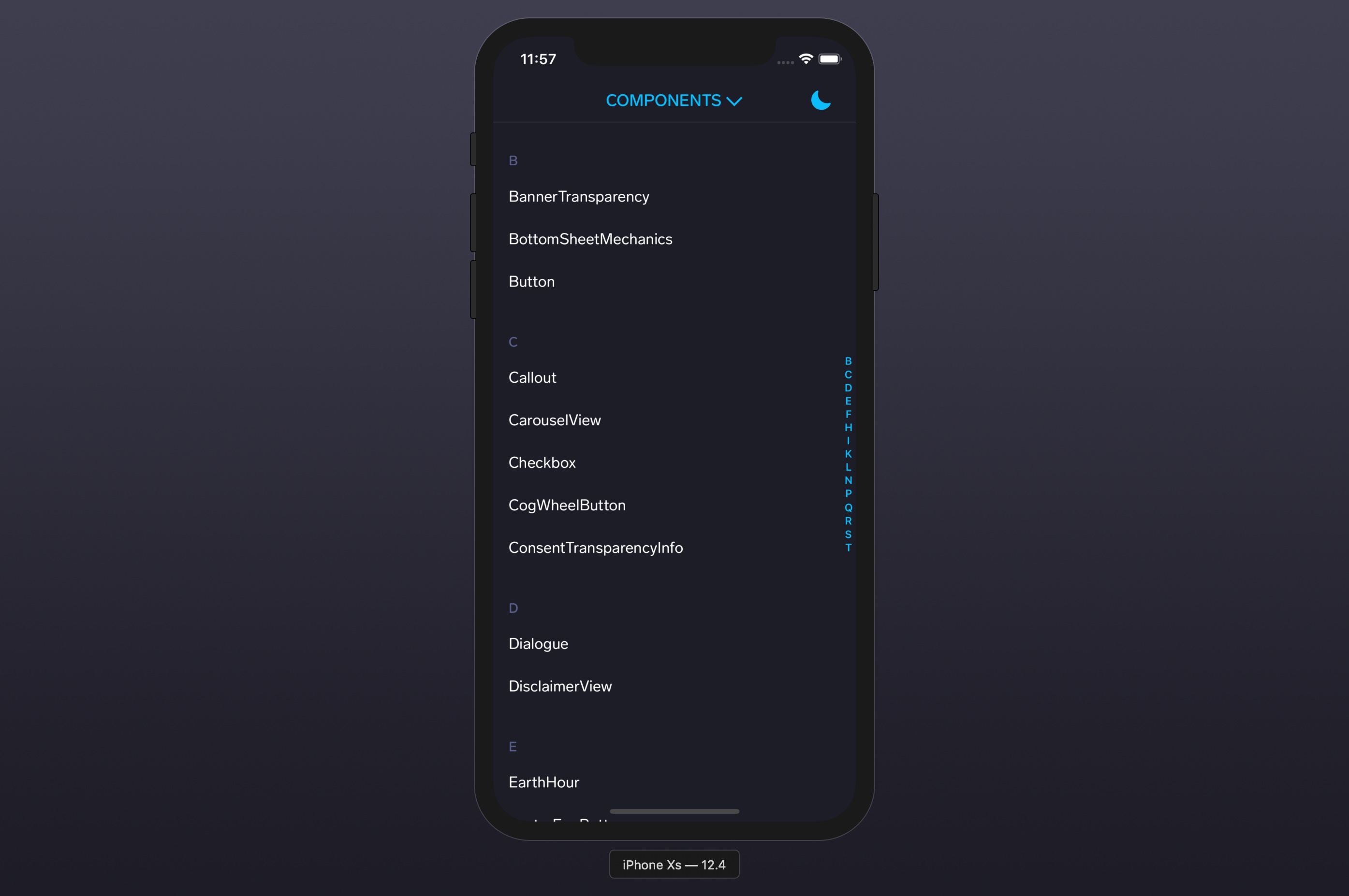 Add to your Podfile:

Delegates and data sources (instead blocks and injection)

In order to maintain consistency we have opted for using data sources for giving data to our recyclable views and using delegates to interact for actions inside views.

If the view isn't recyclable then we use ViewModels. There are tradeoffs when you choose to be consistent instead of pragmatic but we hope that by having a clear pattern it reduces the discussion points and let's us focus on improving the UI and adding value to our users.

Our Demo project has been setup in a way that every component is isolated, we initially started by using Xcode's playgrounds but we quickly outgrew it's capacity, reloading times weren't quicker than making the change and running the project again, also it wasn't possible to debug and set breakpoint on things and we couldn't use many of Xcode's useful utilities such as View hierarchy inspector. Finally, the fact that we had to rebuild the project after making any change in the framework meant that we weren't as efficient as using plain Xcode projects (where rebuilding isn't necessary after making a change).

This project has a Gemfile that specify some development dependencies, one of those is pr_changelog which is a tool that helps you to generate changelogs from the Git history of the repo. You install this by running bundle install.

To get the changes that have not been released yet just run:

If you want to see what changes were released in the last version, run:

You can always run the command with the --help flag when needed.

Everything we do we aim it to be accessible, our two main areas of focus have been VoiceOver and Dynamic Type.

When making UI changes it's quite common that we would request an screenshot of the before and after, adding Snapshot testing made this trivial, if there was UI changes you would get a failure when building through the CI.

FinniversKit uses SnapshotTesting to compare the contents of a UIView against a reference image.

When you run the tests FinniversKit will take snapshot of all the components and will look for differences. If a difference is caught you'll be informed in the form of a failed test. Running the tests locally will generate a diff between the old and the new images so you can see what caused the test to fail.

To test a new component go to UnitTests and add a new func with the name of your component under the section that makes sense, for example if your component is a Fullscreen component and it's called RegisterView then you'll need to add a method to FullscreenViewTests.swift your method should look like this:

Note that the snapshot method is a helper method that will call SnapshotTesting under the hood.

There can be instances where the snapshot test pass on your machine but don't on circle ci, when that happens, circle CI will fail and inform the presence of the test results in a .xctestresult file. To debug this, re-run the workflow with ssh access, then you will get a command to connect through ssh to circle ci, like:

Then given the path of the results file circle ci reported, you can run the following command to copy it to your machine, so you will be able to inspect the failed snapshots

Make sure to replace the file path correctly to the one that circle ci reported.

Verifying changes for an existing component

If you make changes to any components you'll have to run the test for that component after changing recordMode to true. Doing this will generate a new reference image that will be used later to verify for changes that affect your component. After you've generated the reference image change recordMode back to false.

The FINN.no branding, icons, images, assets, sounds and others are solely reserved for usage within FINN.no, the main purpose of this library is for internal use and to be used as reference for other teams in how we do things inside FINN.no.