Swiftpack.co is a collection of thousands of indexed Swift packages. Search packages.
See all packages published by dext.
dext/SalesforceServiceSDK-iOS 238.0.0
Temporary store for Salesforce Service SDK unpackaged frameworks for iOS until Salesforce get their SPM support going
⭐️&nbsp0
🕓&nbsp1 week ago
.package(url: "https://github.com/dext/SalesforceServiceSDK-iOS.git", from: "238.0.0")

While Salesforce are retooling their CI/CD to produce SPM compatible versions of their iOS frameworks, we will try to maintain a compatible setup ourselves.

This repo contains a SPM Package.swift manifest and repackaged versions of the frameworks. They are downloaded from the download link on the official page as .zip archive (e.g. for the first version we added 238.0.0 https://dfc-data-production.s3.amazonaws.com/files/service_sdk_ios/238.0.0/ServiceSDK-238.0.0.zip).

In general, a framework should easily be wrapped as a SPM binary target, however ServiceSDK frameworks are umbrella frameworks that have dependency to other internal frameworks, which is discouraged by Apple and lead to inability to submit apps to App Store Connect.

For example, if we pack the frameworks directly as binary targets, we get the following errors: 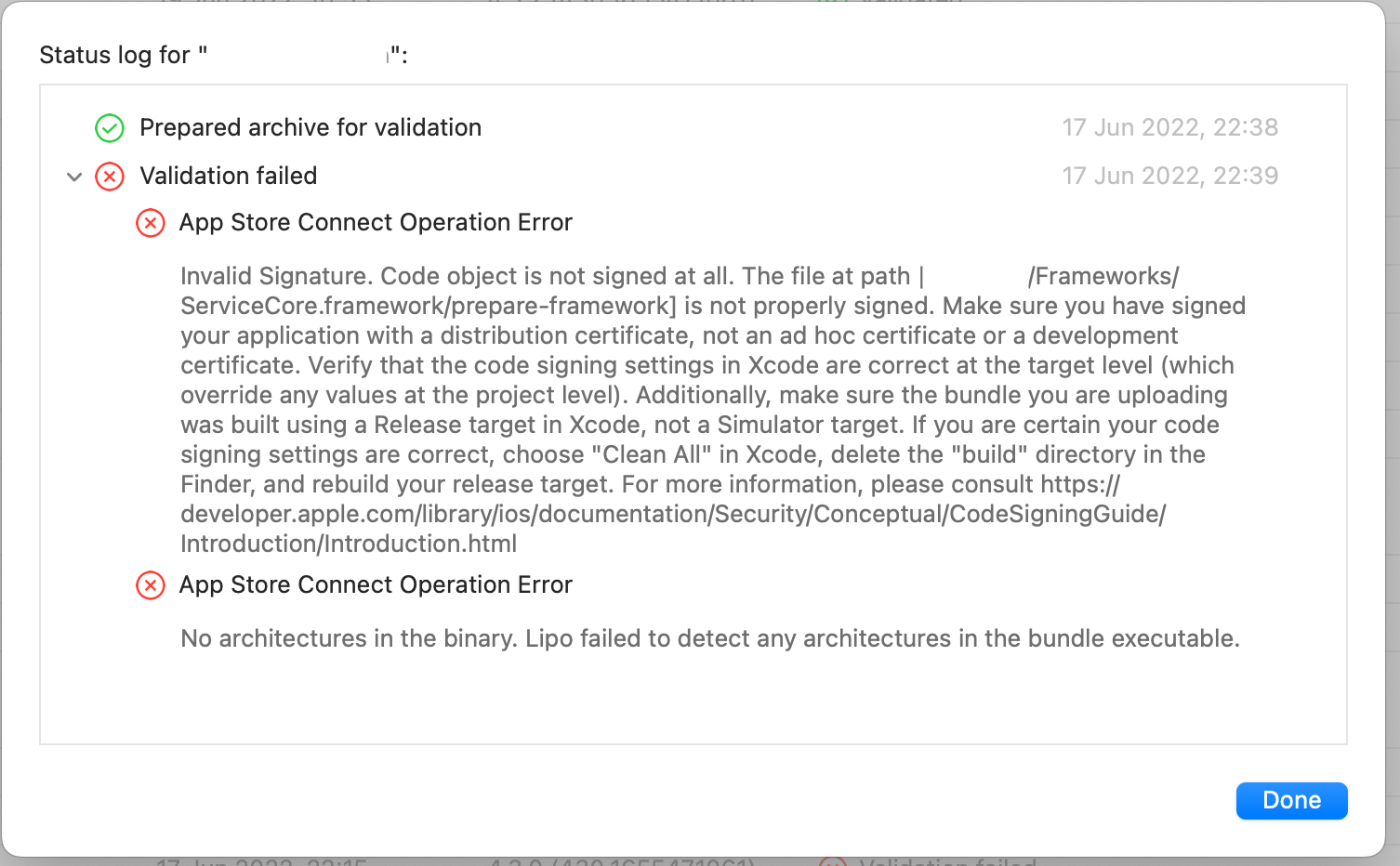 The first error is caused by the prepare-framework binary being included in the framework itself, because this binary is actually a perl script.

The second error, however is caused because there are subframeworks referenced within the ubmrella frameworks, for example

The official SalesForce documentation, says that we should run the prepare-framework script after Embedding the frameworks in order to solve that problem.

What this script does it to

However running that script as last run script build phase does not work, because when using SPM binary targets, the embed build phase is implicit and runs after all other xcode build pahses, which leads to inability to run the script at the right time.

Well, the solution might sounds easy - just remove the prepare-framework script and the Frameworks folder from each framework in advance, directly in the package.

Actually this is the right direction, however it is causing another issue. Because the subframework headers were removed, when compiling your app, it gets a build error that these headers are missing.

Fortunately, when declaring target dependencies in SPM, all dependent submodules are automatically exposed, we can create wrapper targets for each framework and include all the nececary headers.

Even better, we can directly mimic the umbrella frameowork structure by including the Headers, Frameworks folders and the module.modulemap file.

Then we can remove the Frameworks folder from the actual xcframework for ios-arm64 architecture, zip it and use it as binary dependency.

Updating the frameworks in the package

Now, each time there is a new version of ServiceSDK, we have to solve the above problems. This can be done manually or automatically (see below for instructions).

This will perform the steps described above by generating the wrappers and the package description.

Don't forget to test the package to make sure everything is working correcty, because there could be new individual cases, that has to be handled, like the need to modify another header's import.

At the end, when everytihng works correctly, commit, push and tag the updates.

1 week ago
See all