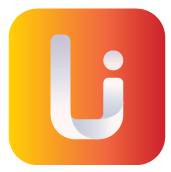 Unit tests are great for testing business logic and your models. However, it get's a little cumbersome when you are trying to test view specific logic due to boilerplate code, drilling through multiple view layers or UIKit laziness. UnIt attempts to ease some of that pain away with helpful extensions on your favourite UIKit classes like UILabel, UIViewController and more! By having your UI able to be easily validated by unit tests, we can capture visual bugs before we get shamed by our QA department :(

This library uses the black magic of swizzling for one of the extensions (capturing constraints). Please be cognizant of this as Apple can change the underlying objective-C private method that this extension swizzles anytime. In addition, you will most likely get an App Store rejection if this framework is included in your app target. It's recommended to keep this framework only in your test target.

When creating a view controller in unit tests, UIKit decides to be lazy and does the least possible work possible. In unit tests, the view lifecycle method - viewDidLoad, viewWillAppear, viewDidAppear are not guaranteed to be invoked. This results in developers doing stuff like getting the key window, attach the view controller to the key window and make it key and visible - blegh.

Instead we can use this extension on UIViewController:

This function guarantees that the view controller's view lifecycle will run properly with the given iOS device size.

Let's say we want to check if our view controller has a table view cell with the text - "Toronto Raptors" in our test. This is how we would do it the old-fashioned way.

Sure we have 1 line for this test, but what crimes do we commit in this 1 line? Drilling through multiple view layers and having an intimate knowledge of the implementation of this view controller.

Instead, we can use our extension on UIView:

Once again it's a 1 liner, but we solve the issue of not commiting the heinous crimes in the previous example. Also, it reads more like a conversation and is easier to understand what the function is asking - "Give me the first table view cell in the subject's view that contains the text 'Toronto Raptors'.".

There are more convenience extension methods that apply to UILabel, UIButton and UICollectionViewCell. If you want to go subclass view hunting you can use this method:

The example above states that within myView, return the first subview that is a MyCustomView class with the titleLabel text of "Drake is the greatest" and has a blue background color.

Constraint breaks are one of the top 5 most unenjoyable experiences an iOS developer can experience. All we get is a system log of all the conflicting constraints that shames us and is hard to read.

We can use our extension on UIViewController:

It may not be easier to read, but we now can have our conflicting constraints captured by our unit tests / CI which makes this really neat.

Note: In order to capture constraints, we partake in the black magic of swizzling. Use this at your own risk. The private method could be changed or deprecated at any time by Apple.

How often have you run into the problem that your app looks great on one screen size, but looks like an overlapped, jumbled mess on a smaller screen size or when accessibility is turned on?

We can use our extension on UIViewController:

This function checks the view controller's subviews to see if any views overlaps. What we get is a dictionary where each key is a pair of views that overlap and the value is a CGRect of where they overlap in the screen's coordinate space. It's a smart function where it filters out views on the following parameters:

There is another extension with the same functionality that works on UIView in case you want to check overlaps within a certain view.

Sometimes our labels don't lay out the way we want, especially on a smaller screen size.

We can use our extension on UILabel:

Capturing Out of Bounds Views

When auto layout or our frame logic doesn't behave the way we expect it to, our views sometimes won't be positioned properly.

We can use our extensions on UIViewController:

There is another extension with the same functionality that works on UIView in case you want to check for out of bounds subviews within a certain view.

We have some extensions that simulate how a user interacts with an iOS application.

Extension on UITextField to type in a String character by character:

Extension on UITextField to paste in a String:

Extension on UIControl that simulates a tap:

Works on UIButton, UITableViewCell and more!

To use UnIt in your iOS app, add UnIt to your Podfile and add the use_frameworks! line to enable Swift support for CocoaPods. You should only add it to your unit test target in the Podfile.

To use Carthage in your app, add UnIt to your Cartfile.

An open source library from: