Simple slider-like control that depicts its path as an arc using CoreAnimation layers. Supports both iOS and macOS platforms.

Like a slider, touch movements in the control change the value. For my implementation:

The above picture was taken from my SoundFonts iOS app where the knobs control various audio effects settings.

Included is a playground for playing with a knob. 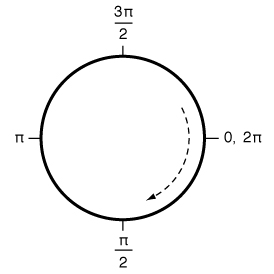 The draw method used to render the knob's arc path draws in a clockwise fashion, so the end arc angle must be greater than the start arc angle. The default values leave the opening in the arc path centered around the negative Y axis (pointing down), with an arc distance of 2/16 of the circumference.

As one would expect, a touch in the knob's view area is tracked and any changes are reported to any registered actions:

The package also includes a SwiftUI implementation: KnobView. The defaults should be good enough to start with, but there are modifiers you can apply to your KnobView to configure the look you want. The KnobView constructor requires two state bindings, one for the knob's value and another for the knob's manipulating flag. Additionally, you can provide the minimumValue and maximumValue values to override the defaults of 0.0 and 1.0 respectively.

The KnobDemo folder contains an Xcode project which you can open to build simple demo apps for macOS and iOS platforms. These also contain UI tests that make sure that the knobs properly track and report out their values.

The demo apps use SwiftUI for their view definitions. They both contain a ContentView properly wires up two KnobView instances with a Text view that shows the value of a KnobView.