Swiftpack.co is a collection of thousands of indexed Swift packages. Search packages.
See all packages published by arguiot.
arguiot/Euler v0.3.8
The open-source computational framework for the Swift language
⭐️&nbsp38
🕓&nbsp6 days ago
.package(url: "https://github.com/arguiot/Euler.git", from: "v0.3.8")

A computanional framework written in Swift

You can use the following options to install Euler, but we recommend using CocoaPods or SPM.

CocoaPods is a dependency manager for Cocoa projects. For usage and installation instructions, visit their website. To integrate Euler into your Xcode project using CocoaPods, specify it in your Podfile:

Carthage is a decentralized dependency manager that builds your dependencies and provides you with binary frameworks. To integrate Euler into your Xcode project using Carthage, specify it in your Cartfile:

The Swift Package Manager is a tool for automating the distribution of Swift code and is integrated into the swift compiler. It is in early development, but Euler does support its use on supported platforms.

Once you have your Swift package set up, adding Euler as a dependency is as easy as adding it to the dependencies value of your Package.swift.

If you prefer not to use any of the aforementioned dependency managers, you can integrate Euler into your project manually. 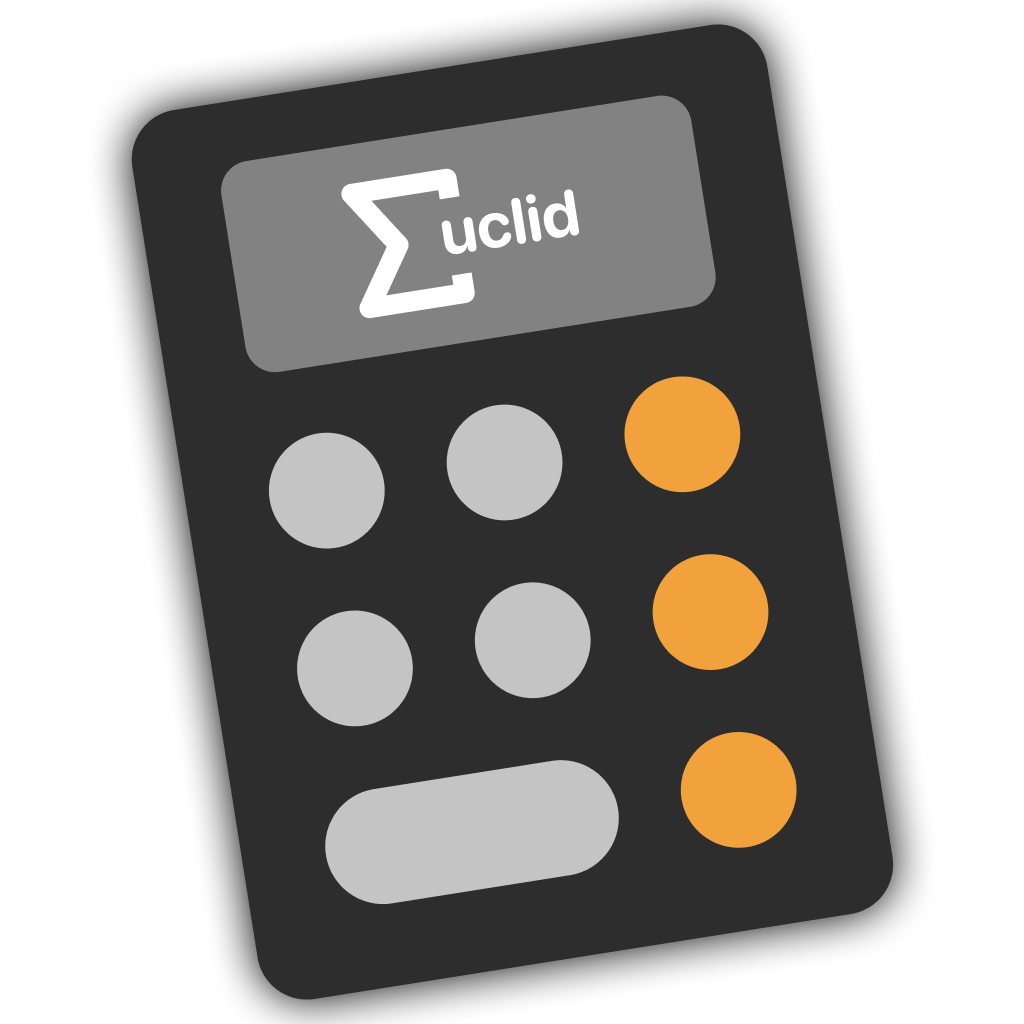 Euclid is a modern and fully featured calculator for macOS that aims to replace the default calculation app. Euclid uses Euler to parse and evaluate every calculations. It relies heavily on the Algebra and Tables modules.

The project was largely inspired by:

In retrospect, it isn’t a surprise that Swift is a good fit for the needs of this project. Swift was designed and built by a close-knit team. That team previously built a highly modular and composable compiler infrastructure (LLVM), a compiler and runtime for a highly dynamic Smalltalk-derived language (Objective-C), the compiler for a highly static language with a capable generics system (C++), and a path-sensitive static analysis engine (the Clang static analyzer). Furthermore, the goals for Swift’s design was to build something that was as easy to learn and use as a scripting language, but which had enough power to be used as a system’s programming language.

Swift was the perfect language, because of its performance, modularity, easy to read syntax and concurrency APIs. Swift aims to maximize clarity of code, and thus it fights to reduce boilerplate. The top-end goal of Swift is to optimize the time it takes to write and maintain the project, which includes debugging time and other things that go beyond just pounding out the code.

Euler aims to provide provide the building blocks of numerical computing in Swift, as a set of fine-grained modules bundled together into a single Swift package. Euler is intended to be used to experiment with Swift and with its math capabilities. It also aims to serve as an algorithm database that could be ported to other languages.

Euler is built around two main objects: BigDouble and BigInt. They are both used to represent big numbers with precision. You can see Euler as a set of modules:

1 week ago
See all