This project is a SwiftUI implementation of the Augmented Reality (AR) patterns in the SAP Fiori for iOS Design Guidelines.

Annotations refer to Cards that match with a corresponding Marker located relative to an image or object in the real world. To view annotations in the world view, the user scans the image / object with the AR Scanner.

3D modeling is not required to represent AR annotations as the respective controls (ARScanView, MarkerView and CardView) are implemented with SwiftUI in this package.

An app developer needs to provide a scene of markers relative to an Image or Object anchor. Such scene creation is possible with Apple's Reality Composer tool.

Depending on how the scene is stored (.rcproject, .reality or .usdz files) the app developer has to specify an appropiate loading strategy to populate the scene and the associated card data. 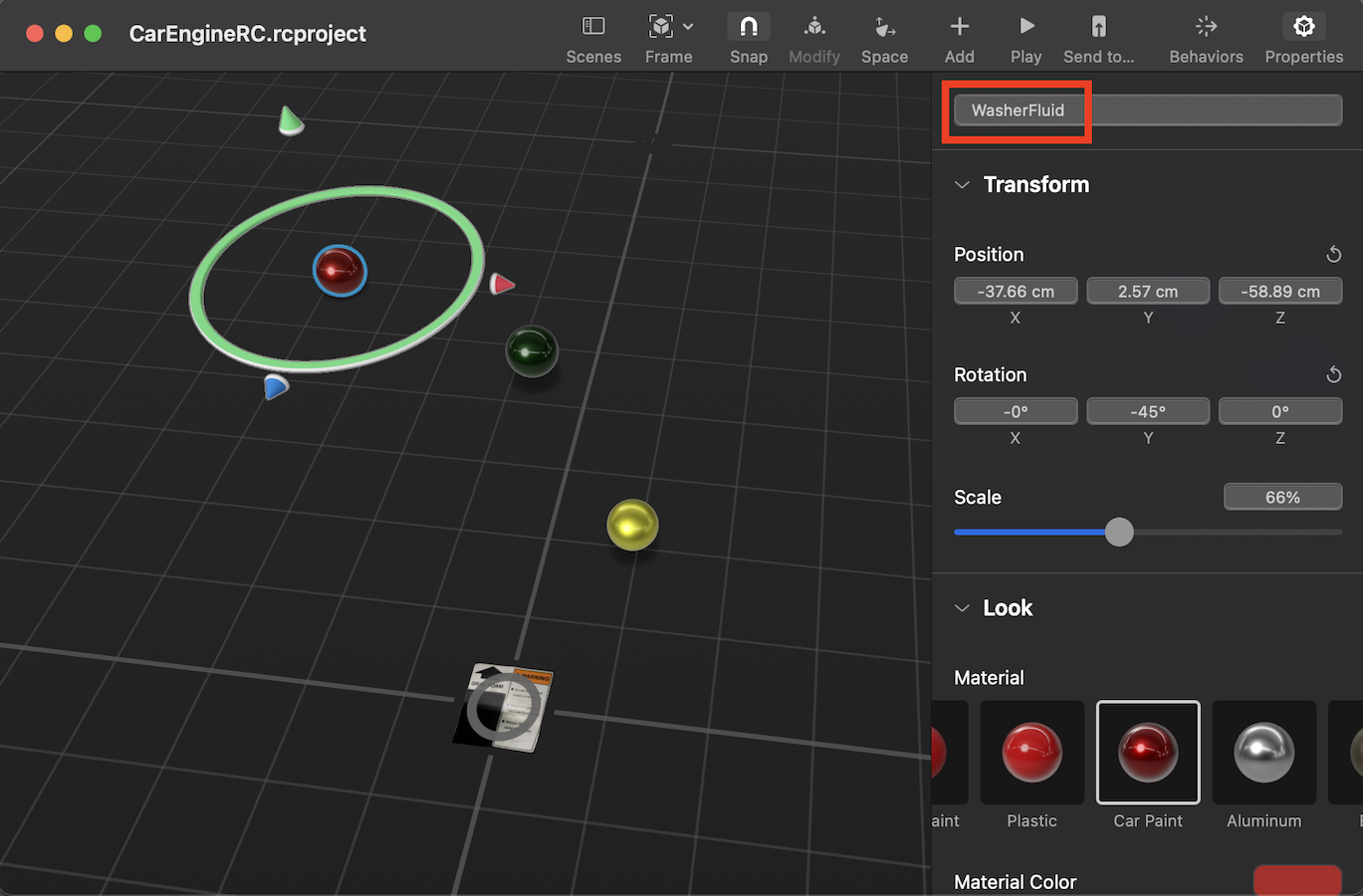 A loading strategy accepts an array of elements, each element conforming to the CardItemModel protocol, to populate card-related data. The id property of the model has to correspond to the name of the Entity (sphere) from Reality Composer.

Each of the loading strategies also has an initializer to acceptData represented by a JSON array.

The supported loading strategies (UsdzFileStrategy, RealityFileStrategy, and RCProjectStrategy) require, in addition to the scene and card-related data, information about the anchor used for detecting a scene. Using an Image anchor requires the app developer to provide anchorImage and its physicalWidth as initializer parameters. For an Object anchor the anchorImage and physicalWidth parameters can be nil.

The scene can be represented in different file types and each strategy requires different data and setup.

Example Usage: Creating the ContentView and loading the data

The package is intended for consumption via Swift Package Manager.

In both cases, xcodebuild tooling will manage cloning and updating the repository to your app or framework project.

FioriARKit as umbrella product currently will contain everything the package has to offer. As the package evolves the package could be split into multiple products for different use cases.

Key gaps which are present at time of open-source project launch:

How to obtain support

Create a GitHub issue to create bug report, file a feature request or ask a question.

If you want to contribute, please check the Contribution Guidelines

Functionality can be further explored with a demo app which is already part of this package (Apps/Examples/Examples.xcodeproj).

Has a few but easily adoptable ⚠ BREAKING CHANGES