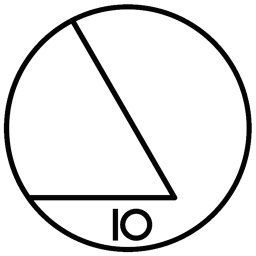 Noze.io is an attempt to carry over the Node.js ideas into pure Swift. It uses libdispatch for event-driven, non-blocking I/O. Noze.io is built around type-safe back-pressure aware pull-streams (using Swift generics) operating on batches of items. Instead of just operating on bytes, operate on batches of Unicode lines or database records or HTML responses or - you get the idea. Be efficient: Stream everything and ßatch.

A focus is to keep the API similar to Node. Not always possible - Swift is not JavaScript - but pretty close. It comes with rechargeables included, Noze.io is self-contained and doesn't require any extra dependencies. It includes modules such as cows, leftpad, express or redis.

Noze.io works in Cocoa environments as well as on Linux. Head over to our Start page for install instructions.

Is it a good idea? You tell us. Not sure, but we think it might be, because: a) While Swift looks very much like JavaScript, it is actually a very high performance statically typed and AOT-compiled language, b) Code often looks better in Swift, mostly due to trailing-closure syntax, c) No monkey patching while still providing extensions. ~~There are cons too.~~

Shows us some code!

There is a reasonably large collection of simple, focused: Noze.io examples But here you go, the "standard" Node example, a HelloWorld httpd:

An echo daemon, just piping the in-end of a socket into its own-out end:

More complex stuff including a Todo-MVC backend can be found in the Noze.io examples. Like what you see? Head over to our Start page to get started.

Hey, we love feedback. Join the mailing list, Slack channel or just drop us an email to tell us why this is crap (or not?).

With the release of Swift 3 Noze.io drops support for Swift 2.x. If you are still interested in using it with 2.x, the last release is still available in the legacy/swift23 branch on GitHub.

Noze.io is brought to you by The Always Right Institute and ZeeZide. We wouldn't be sad if more people would like to join the effort :-)

This release adds changes to please current builds of Swift 4.2, e.g. as delivered in Xcode 10 beta 4.

There is only one major change in the API - socket structs like sockaddr_in or addr_in do not carry a custom initialiser anymore. That is a:

Is not properly initialising the address anymore, instead it just returns a 0-cleared value. Instead, use one of the other convenience initialisers we provide or make, like so:

This affected no user code in Noze.io itself, so you probably won't hit it either.

There was a long time bug in the routing methods (there are 3 ...) which was leaking the next closure (because that was self-referencing and in not all cases cleaning up properly).

That has been fixed and should be excellent now.

On the SPM side Noze.io is compiled as Swift 4 when available, otherwise as Swift 3.

Added the Swiftmon/S example, a source rebuild monitor. And associated improvements to Noze.io, like in the fs.watch and child_process.spawn APIs.

Annoyed that your TCP packets always arrive in an orderly fashion? Want to bring more risk to your socket communication? Noze.io has you covered.

Tiny bugfix release. A thing is that the default listen queue size got bumped from 5 to 512.

Small release which adds some basic-auth support, a bug fix for readable streams and some Swift error support for the builtin promises.

Noze.io 0.3.1 is a minor release which just adds two things: a) compatibility with Swift 3 Preview 4 on both macOS & tuxOS and b) use of the new protocol based http_parser port.

Noze.io is getting persistent. The feature of this release is the new Redis client. Includes a todo-list backend example which stores the todos into Redis.

Fixed Noze.io build on macOS with the Swift 3 Preview 1 included in Xcode 8beta aka Objective-GCD.

Bugfixes and lots of cows!