The nRF5x Series chips are flash-based SoCs, and as such they represent the most flexible solution available. A key feature of the nRF5x Series and their associated software architecture and S-Series SoftDevices is the possibility for Over-The-Air Device Firmware Upgrade (OTA-DFU). See Figure 1. OTA-DFU allows firmware upgrades to be issued and downloaded to products in the field via the cloud and so enables OEMs to fix bugs and introduce new features to products that are already out on the market. This brings added security and flexibility to product development when using the nRF5x Series SoCs.

This repository contains a tested library for iOS 8+ platform which may be used to perform Device Firmware Update on the nRF5x device using an iPhone or an iPad.

DFU library has been designed to make it very easy to include these devices into your application. It is compatible with all Bootloader/DFU versions. 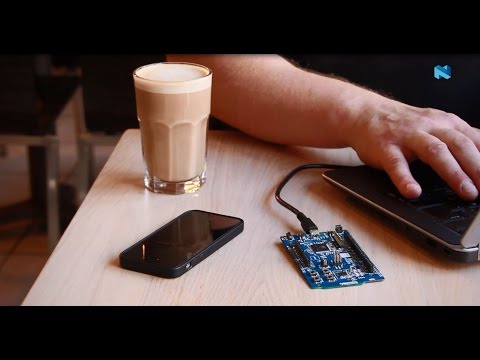 In order the DFU to work with iOS, the target device MUST have the Service Changed characteristic with Indicate property in the Generic Attribute service. Without this characteristic iOS will assume that services of this device will never change and will not invalidate them after switching to DFU bootloader mode.

See the documentation for more information.

The library is compatible with nRF51 and nRF52 devices with S-Series Soft Device and the DFU Bootloader flashed on.

Check platform folders for mode details about compatibility for each library.

An unofficial library for both iOS and Android that is based on this library is available for React Native: react-native-nordic-dfu

A library for both iOS and Android that is based on this library is available for Flutter: flutter-nordic-dfu

Simple binding library for iOS is available on nuget: Laerdal.Xamarin.Dfu.iOS