This application is a suite of HTTP unit tests to validate the structure and behaviour of the Vapor Notes API.

It was created as part of the Vapor workshop in Swift Alps 2017.

A possible implementation of the API is available in the VaporNotes project.

This project is a standard Swift 4 package. It has a Makefile to simplify some tasks:

You can run the project against any other URL: .build/debug/Validator http://server.somewhere.com

The Vapor Notes API has the following characteristics:

This script depends on the following libraries:

The slides of the presentation of the project are in Gitpitch.

To generate the documentation of this project, you need the following things:

Some sample curl requests to interact with the API, using jq to format the output nicely:

Login and save authorization token in pasteboard, for future requests:

Click on the link below to see a sample run of the validator on a working copy of the API: 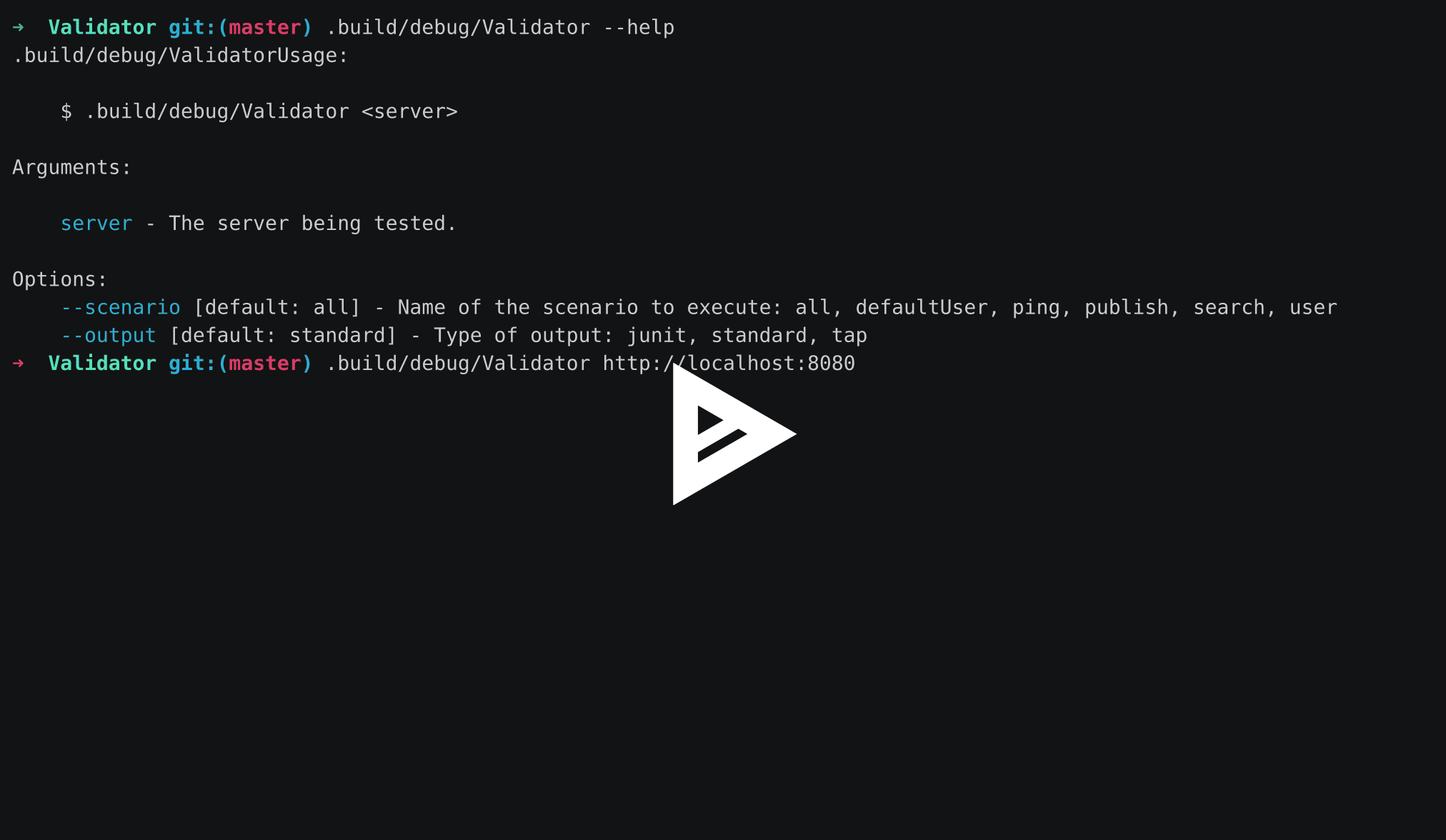